Earlier this summer, the Department for Education in England published a whole bunch of stats on special educational needs (SEN), which has provided us with lots of useful-ish data on deaf children. 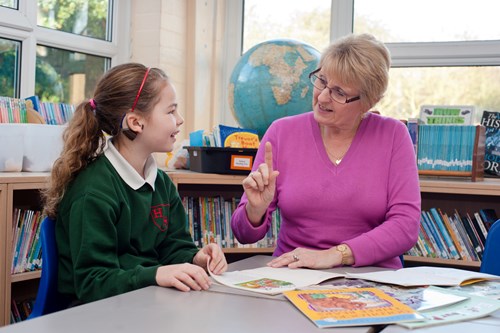 One of the big limitations around the government’s data is that much of it only tells us about deaf children who have been formally identified as having an SEN as a ‘primary’ need and is largely focused on those of school-age. In this blog, we’ll call these children “deaf SEN children”.

The data generated by the Consortium for Research into Deaf Education (CRIDE) covers a wider range of deaf children and tends to be seen as more reliable. Despite this, there are still some interesting nuggets in the government data which raises lots of interesting questions…

1. The number of deaf SEN children is going up.

2. The increase in deaf SEN children is not the same across England.

By region, the East Midlands has seen a 5% increase in the past year whilst the North East has lost 0.4% of deaf SEN children. At a local authority level, there are some even more striking variations. For example, Southend-on-Sea has seen a 19% decline whilst Kingston upon Thames has seen a 47% jump.

3. The data limitations in the School Census mean that it’s difficult to make comparisons with other data sources.

But we can have a go - by looking in more detail at the data on children who are in primary or secondary education. A comparison with CRIDE suggests that the government figures are capturing around 57% of the numbers of deaf children identified by CRIDE.

4. There’s been a sharp fall by 16% in the number of resource provisions and SEN units in the last two years.

The government’s data doesn’t provide a breakdown by type of resource provision – but we know from CRIDE that the number of resource provisions specifically for deaf children has also been going down precipitously. At a time when the number of deaf SEN children is going up, this raises questions on whether these closures will make it harder to meet the diverse and specialist needs of deaf children.

5. We’ve known for a long time that deaf children can be a diverse bunch - and the government’s data backs this up.

6. The above data looks at where deafness is the primary SEN.

However, we can also separately look at data on secondary needs. Bringing together all the data on deaf children, we can see that 61% of deaf children don’t appear to have any other types of SEN. 20% are recorded as being deaf with other secondary needs whilst 19% are recorded to have deafness as a secondary need (suggesting they have more complex disabilities as a primary need). It should be noted that multi-sensory impairment is recorded separately – factoring these children into the mix would introduce another 5,634 children.

7. Curiously, there are 94 children where deafness has been recorded as both a primary and a secondary need.

Answers on a postcard, please.

8. There is also some interesting data on exclusions and deaf SEN children.

9. This year, we also requested some data from the Department around numbers of schools, broken down by how many deaf children they have.

The figures indicate that 57% of all schools had no deaf SEN children enrolled with them as of January 2019, whilst 22% had just one deaf child enrolled. This data seems to confirm the ‘low-incidence’ nature of deafness, though you can interpret the data in different ways. For example, secondary schools seem to have a higher number of deaf children than other types of schools.

You can read a fuller summary of all the data in our briefing note – let us know what you think of the data. What other questions does it raise for you about support for deaf children?