Last week, the Consortium for Research into Deaf Education (CRIDE) published the latest results for England from its annual survey of education services for deaf children. Though it has its limitations, it’s one of the best sources of data out there on deaf children and the report managed to attract a fair bit of media coverage (including in the Huffington Post and the Guardian). In this blog, I set out my own personal take on seven key findings from the report. 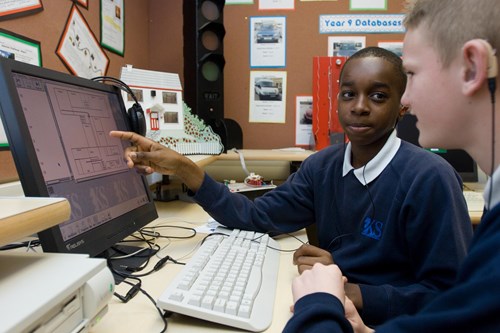 1. There are more deaf children

2. There are fewer Teachers of the Deaf

Over half of all visiting Teachers of the Deaf are over the age of 50, meaning they’re likely to retire in the next ten to fifteen years. Combined with the long-term decline in numbers of Teachers of the Deaf, this could have a disastrous effect on deaf children, unless urgent action is taken by the Government.

4. Deaf children continue to be a diverse bunch

We know, for example, that 7% of deaf children have at least one cochlear implant, 14% use English as an additional spoken language at home while 22% have an additional special educational need. There can be a huge variety of need within deaf children which has important implications for Teacher of the Deaf training.

It’s clear that local authorities continue to struggle in identifying deaf young people post-16, despite the introduction of a new 0 to 25 special educational needs framework in 2014 in England. For example, local authorities told us that 1,356 deaf young people left school in 2016. This is far less than we’d expect, based on what we know about the number of secondary aged pupils.

6. We know a bit more about the use of sign language in education

We already knew, from previous CRIDE surveys, that around 10% of all deaf children used sign language in education in some form. For the first time, instead of asking about all children, CRIDE asked about those who are severely or profoundly deaf. This revealed that, of this group, 29% use sign language in education, of which 8% use British Sign Language. It’s important to note that this doesn’t tell us about how much sign language is being used outside of school.

We know from CRIDE that there are over 45,000 deaf children across England. However, if we were to look at government figures, we’d be missing a large chunk of this group, around 42% of all deaf children. We’re calling on the Government to get better at collecting data on all deaf children.

There are still more stats yet to come – expect reports on deaf children in Northern Ireland, Scotland and Wales in the next month.

Deaf friendly remote learning: a checklist for teachers Deaf Children Today survey – how do we use the results? Face masks in schools: A Scottish parent’s campaign win Returning to school after the coronavirus lockdown Beating unemployment Coronavirus and support for deaf children – information for professionals Information about Coronavirus (COVID-19) Using radio aids at home Bath time with your deaf baby or young child How to support your deaf child playing with their hearing siblings Having your say: Evidence from families published by two parliamentary inquiries What higher education providers can do to ensure remote learning and assessment is accessible to deaf students DIY face masks with clear panels Caring for your child’s hearing aids at home The impact of face masks on deaf children How professionals can get involved with Deaf Works Everywhere Help us support deaf children and young people Should there be a right to a radio aid? Improve the lives of other deaf children