How do I... encourage my child to keep their hearing aids or implants on?

Photo: Parents give advice on how to encourage your child to keep their hearing aids or implants on

Early and consistent use of hearing aids or implants means deaf children are more likely to develop similar speech and language levels to hearing children, but it can be difficult to get them to keep wearing them. We asked parents to share how they managed this. 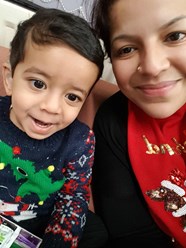 Rashda is mum to Haaris (2) who is moderately deaf and has worn hearing aids since he was six months old.

Haaris started pulling his hearing aids out when he was a year old. The audiologists warned me that it wasn’t going to be an easy journey. They gave us stickers to keep the aids on but they didn’t work.

One day I tried putting surgical tape over his hearing aids, being careful not to cover the speakers. The tape was much stronger and better at keeping Haaris’s aids in place and he stopped fiddling with them. Haaris is two-and-a-half now and never plays with his hearing aids unless he’s having a toddler tantrum!

When Haaris started nursery it really hit me that he needed to have his aids in otherwise his speech and language development would be affected. Looking back now I couldn’t be prouder of Haaris and how much he’s developed over the last two years. 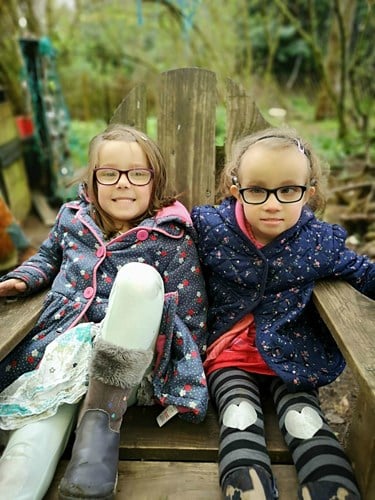 Lisa is mum to twins Matilda and Olivia (5). Matilda is profoundly deaf and has cochlear implants.

Matilda had hearing aids initially and then a boneanchored hearing aid (BAHA) on a softband. She used to try and take her hearing aids out all the time and we ended up putting them back in constantly.

It was really scary because the audiologist warned us the small parts of the aid could be a choking hazard. It’s stressful enough being a first time mother with twins without worrying about that too!

Audiologists knew the science behind the technology but didn’t offer any advice about keeping them on. They gave us toupee tape to put behind Matilda’s ear which kept the aids in place but didn’t stop her pulling them out.

Luckily, one of our neighbours has a friend whose child is also deaf and they suggested trying ‘pilot hats’ from Etsy, which are kept on with a string tied under the chin. Once we started using them Matilda never tried to take the hat off.

We stopped using them when Matilda was two and didn’t try to take her hearing aids out anymore. We gave the hats to families in our local deaf children’s society. Other parents say how good they are and they’ve sent me pictures of their little ones wearing them too!

Now Matilda has cochlear implants we use elastic headbands to keep them in place. I bought them online but I’ve worked out how to make them myself now which saves money.

Linda-Jane is mum to Victoria (16), Alice (13) and Henry (2). Victoria and Alice have severe to profound hearing loss and Henry has moderate hearing loss.

Henry wore his hearing aids without any issues until he realised that they came out and made a good teething toy!

I tried everything to stop him pulling them out: reading books, singing and watching TV but nothing worked; he’d only tolerate them for a moment. They’d always get lost around the house and we even turned it into a game for our older kids to help find them! I’ve lost count of how many times I had to ring audiology for replacements. Our girls always used koala clips and had no issues but they didn’t work for Henry.

Our ‘lightbulb moment’ came when Henry and his dad, Colin, were having breakfast and Henry took his hearing aids out for the first time that day. Colin asked me if we had a spare one and I remembered we’d kept Alice’s hearing aids as spares after she had her cochlear implants.

Colin made a big deal of putting it in his own ear and looking excited about how much he could hear and how he was ‘just like Henry now’! Something clicked with Henry and amazingly he accepted his hearing aids from then on. We couldn’t believe such a simple idea had worked so well and wondered how we hadn’t thought of it sooner.

We still have the odd off day where Henry needs encouragement but, for the most part, we’ve never looked back. 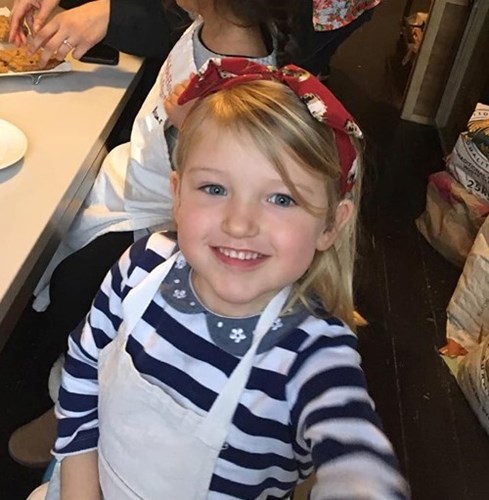 Hannah is mum to Elodie (4) who has a moderate hearing loss and wears hearing aids.

Elodie has had hearing aids from eight weeks old. From the moment she was able to grab them it was hard to keep track of where they were.

First she’d knock them out accidentally, then pull them out intentionally to suck or chew on. The next stage was pulling them out and dropping them when she was in her buggy. Finally she’d pull them out repeatedly just to get attention.

We tried lots of different things to get her to keep them in. Giving her something else to chew on helped, especially when she was teething. I also had her in a rear-facing buggy so I could keep an eye on her. When Elodie was a bit older and didn’t want her hearing aids in in the morning, I’d play Peppa Pig on the TV quietly. She’d let me put them in so she could hear it better and by the time it finished, she’d forgotten she was wearing them.

Another tip is to try and put them back in without saying anything. The more attention I gave it, good or bad, the more of a game it became for her. Sometimes I’d leave it for a while and try again later.

One day Elodie just stopped pulling them out and never really did it again. She’s four now and looks after them. She likes having them in and if one falls out she’ll usually tell us straight away.