My granddaughter's struggle for diagnosis 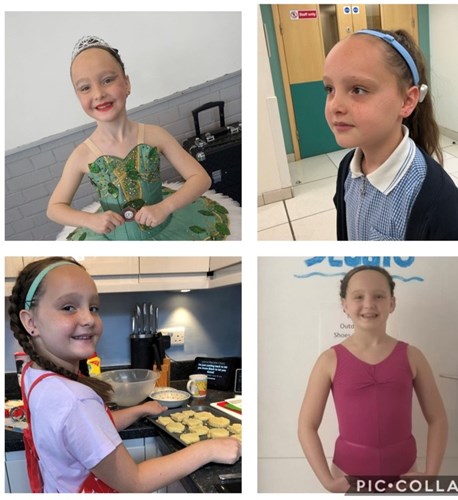 Rosie was born six weeks early. She spent a couple of nights in the neonatal department to regulate her temperature and blood sugar and to administer antibiotics as mam’s waters broke at 23 weeks.

Rosie passed her newborn hearing screening, but that was the only hearing test she passed.

By the age of two, Rosie was still non-verbal. The health visitors didn’t seem concerned, suggesting that her older sister was speaking for her. We knew this was not the case. We tried speaking to Rosie without using hand movements and she usually did as she was asked. What we hadn’t realised was that Rosie was lip-reading.

Just before she turned three, Rosie started to make sounds, but they were all vowels or soft sounds. She called herself ‘Oie’ and her sister Eloise ‘Eoie’. Also at three years old, Rosie started to suffer from burst eardrums on a regular basis. She had grommet surgery, and then later at five, tonsil and adenoid surgery. Her speech was still poor and when she had speech therapy at school, her mam was advised that they couldn’t help her until her hearing issues had been addressed.

Rosie had lots of hearing tests, but the results were inconsistent. She got bored very quickly and just pressed the buzzer randomly instead of when she heard a sound. The audiologist was very harsh, even suggesting she was making it all up for attention! Rosie’s mam contacted the National Deaf Children’s Society, and was advised to complain to the hospital. She did this and Rosie was transferred to a lovely audiologist. Rosie had more tests, including one with probes attached to her head. By now she was almost nine.

Rosie suffered meltdowns when she couldn’t hear at school due to background noise or not being near the front of the class. Her hearing impairment officer witnessed one of these. Rosie is the first deaf child to go through her primary school and the staff are brilliant, but as one teacher said, “How do you teach a deaf child to spell when she can’t hear what you’re saying to her?”

Eventually Rosie was diagnosed with moderate, bilateral conductive hearing loss, meaning that her eardrums don’t work properly. She was given a bone conduction hearing device [also known commonly as a BAHA]. The improvement was instant. On our way home she heard an ambulance behind her. Over the next few days she heard flies buzz and birds sing.

Rosie is waiting to hear about abutment surgery now, which will mean she will have a contact implanted into the bone behind her ear and the hearing aid will click onto it, doing away with the headband. Although nervous about the surgery, Rosie is looking forward to her new hearing aid having Bluetooth technology which will link to her smartphone.

Rosie loves to bake, and she is a talented dancer, regularly winning medals and doing well in  dancing exams. She says she feels the music. We are very proud of Rosie.