My deafness didn't stop me starring in EastEnders 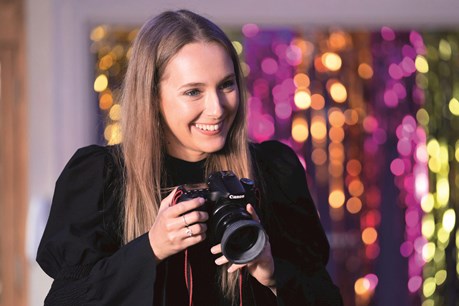 For EastEnders fans, Rose Ayling-Ellis (25) will be a familiar face. Earlier this year, she became the first profoundly deaf actor to join the iconic tv show.

“My first day was nerve-racking!” says Rose. “Seeing the set was surreal but everyone was lovely. I soon relaxed.”

Rose, who wears hearing aids, discovered her passion for acting on a filming weekend run by the National Deaf Children’s Society. During the weekend, she met deaf film director Ted Evans, who later cast her in his award-winning short film The End, and went on to apply to Deafinitely Youth Theatre. “Deafinitely Theatre helped me hugely with knowledge and networking,” says Rose.

Ten years on, she’s thrilled to be playing Frankie on EastEnders. “Frankie’s sassy, blunt and says what’s on her mind. I wish I could be more like her, I’m too polite!”

Frankie’s character was introduced to the soap to help long-standing character Ben discover his deaf identity, a storyline created by deaf writer Charlie Swinbourne. Rose thinks it’s important to involve deaf writers in writing deaf characters. “When I read a script, I can always tell if it was written by a deaf or hearing writer,” she says. “Only deaf people truly understand what we go through. The EastEnders writing team is brilliant, and the crew are really open to me inputting my own ideas into the scripts.”

Frankie communicates using a mixture of oral English and British Sign Language (BSL), so Rose often has to perform in Sign Supported English (SSE). “When I use SSE, it’s like thinking of two languages at the same time while performing, so a BSL monitor checks my BSL is clear on-screen. I also have a BSL interpreter on set at all times, paid for by my Access to Work.

“My ambition is to amplify deaf voices and to stop people assuming deaf people can’t achieve. The challenges of dealing with people’s lack of understanding made me more determined and want to work harder.

“It’s so important not to be ashamed of being deaf. Both Frankie and I are proud of our deaf identities.”