How do I… make travel with my child easier?

As we approach holiday season, three parents explain how they prepare for a trip abroad and one gives her tips for spending the holidays at home. 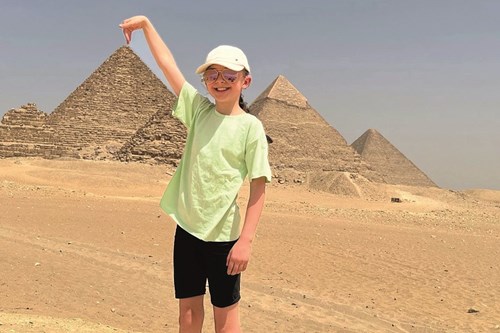 My mum lives in Dubai, so we go there about once a year. On the plane, Imogen takes her implants out because of the loud noises and changes in air pressure. In-flight entertainment isn’t usually subtitled, so we take her iPad, colouring activities and books.

Last time we went away, Imogen’s eardrum perforated on the way home which was painful. I explained this to the airline, and they were fantastic. The air hostess brought Imogen sweets to suck during landing. We were allowed off the plane first and taken through security quickly so that she could be seen by First Aid.

Wherever we go, I ring ahead to explain the support we’ll need. It means I’m less anxious, which makes Imogen more relaxed. For example, I once took Imogen swimming with dolphins on holiday. I explained when I booked it that she was deaf. We arrived early so that I could watch the security video first, and then I could sign it for her.

My biggest fear when we’re away is losing her while she has her implants out. She’s got a bracelet that says, ‘My name is Imogen and I’m deaf, please phone my mum,’ with my number on. If I lose sight of her, I know she can ask for help.

Imogen adds: “It doesn’t matter if you can’t hear, you can still have fun, go swimming and do all the other things.” 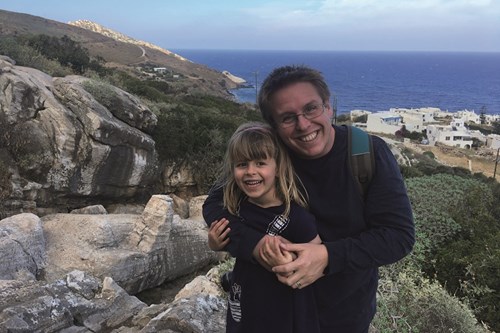 On a recent trip to Greece, Ivy enjoyed exploring the ferry and looking at the view. Ferries are noisy and windy, so we plugged Ivy’s Roger Pen into her iPad to watch films and used it as a radio aid when we were exploring.

We’re careful to tell Ivy our plans because she doesn’t pick them up from overhearing our conversations. The first couple of times we went abroad we made visual, step-by-step guides of what was going to happen.

We also show her pictures of where we’re going and explain what’s going to be different. We’re clear about which countries use different spoken and sign languages. We explain that if someone speaks to her in a different language, she shouldn’t be worried if her normal strategies don’t work – Mum and Dad don’t understand, either!

Before going to Greece, we watched YouTube videos of phrases in Greek sign language and looked up the sign names of Greek gods and goddesses. I think it’s a brilliant way of raising awareness that there are deaf people everywhere. 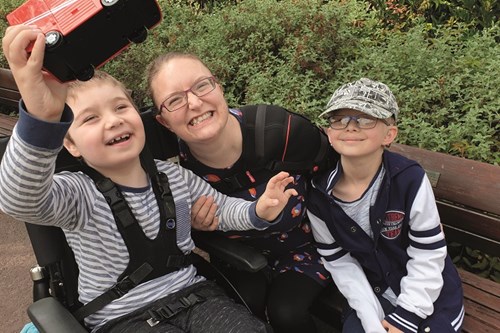 The Covid-19 pandemic has been hard for everyone. We’re all weathering the same storm, albeit in different boats. Our boat contains two boys with different additional needs, a ‘clinically extremely vulnerable’ Mummy, Daddy and 20 pets! We’ve spent most of the past two years shielding at home.

The school holidays became a chasm of time. Last summer, we planned different activities for each week. For example, we had an Egyptian week where we wrote silly sentences in hieroglyphs! When it was sunny, we enjoyed walks, treasure hunts and playing in the garden. On rainy days, we stayed inside and made murals, took part in online sensory theatre sessions and a Summer Reading Challenge, watched online tours of zoos and museums, learned to crochet, and did random acts of kindness like writing letters to care home residents.

We joined Oak Academy, Twinkl and our local toy and Lego libraries for cheap or free accessible resources and toys. We also learned to celebrate everything, like building a bee hotel on World Honeybee Day!

If you’re shielding at home this summer, my advice is to be flexible. It’s not easy and not every day is a success, but if you plan ahead, stay positive and be creative, it’s possible to keep everyone happy at home – mostly! 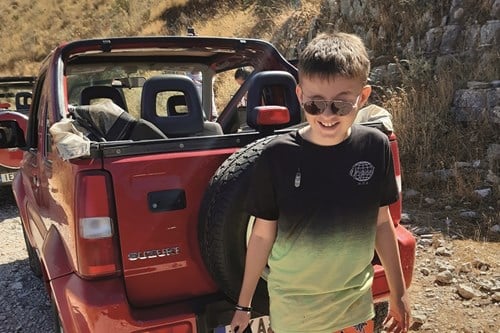 Lynn is mum to Jamie (12) who is moderately to severely deaf and wears a bone conduction hearing implant (BCHI).

When we go abroad, we usually travel by plane. Jamie has a small bag to carry his BCHI batteries, steroid cream and scissors, which we keep in our hand luggage – never put hearing aid batteries in the hold! At security, we’re usually pulled aside for one thing or another. I have an Oticon card explaining that Jamie has abutments in his skull. If you’re pulled aside, don’t panic. Just remember, you’re not in the wrong and the airport staff are just doing their job.

We leave plenty of time to get through baggage and security. Rushing at the airport adds to the stress of going on holiday for both you and your child.

If Jamie gets lost, his back-up plan is to stand against the nearest wall, and I’ll find him. We take a photo every morning, so I can always remember what he’s wearing. I’m lucky; I’ve never had to worry about Jamie running off. His deafness means he’s always looking for me to explain things, so he tries to stay within sight.

The Hidden Disabilities Sunflower scheme provides people with invisible disabilities, such as deafness, with a sunflower-patterned lanyard to wear. This helps staff identify those who might need extra support. Sunflower lanyards are available from all major UK airports and most stations and supermarkets.