This page is for our members

You can view 5 pages to see what we offer our members. You have 5 pages left.
After this we will ask you to join the National Deaf Children’s Society.

My deafness didn't stop me becoming a Hollywood actress 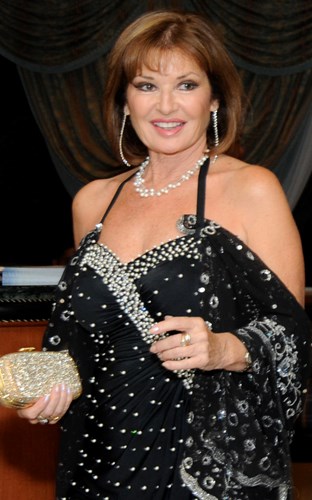 Photo by Immortal-truth from Wikimedia Commons

Much loved actress Stephanie Beacham (71), who has no hearing in her right ear and has 80% hearing in her left, has had a prolific 54 year career spanning everything from Tenko to Dynasty, The Royal Shakespeare Company and Coronation Street.

Although she speaks confidently about her needs now, she admits she used to hide her deafness and struggled at school. “It took me many years to say ‘Sorry I have to sit this side of you because I’m deaf,’” Stephanie says. “I used to suffer in silence and twist my neck to try and lip-read. It’s a shame I did that. People don’t realise how tiring deafness is; I often needed quiet time to myself.”

But Stephanie never let this stop her achieving her dreams. “I was very feisty and determined,” she says. “I never let my deafness hold me back. On set, I make sure I’m on the right-hand side of my fellow actors. Cameramen used to think I was being vain and only liked the right side of my face so I’d explain I have a hearing loss.

"I used to suffer in silence and twist my neck to try and lip-read. It’s a shame I did that."

“Now on set I always tell people to speak up, don’t let the end of sentences fall away and please stop covering your mouth! I feel much happier now I do have the confidence to speak up.”

Stephanie believes being deaf shouldn’t be a barrier to becoming an actress, highlighting Maisie Sly (lead actress in recent Oscar winning film The Silent Child) as a brilliant example.

“To deaf children who want to be performers, I’d say go for it,” Stephanie urges. “Don’t hide your deafness, go for your dream, don’t be ashamed of it. I’ve managed to star in Hollywood and fulfil all my dreams.”