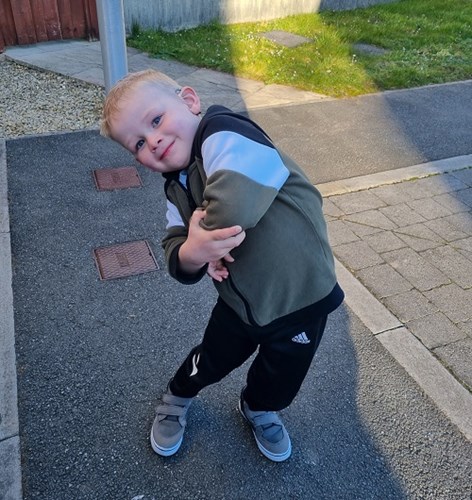 Kenzie is a typical adventurous three-year-old boy who wants to get involved in everything! He’s making some great friendships both in and outside school, and he wants to be doing whatever his friends are doing, which includes activities like football and rugby.

It breaks my heart when he wants to get involved in things that he unfortunately is not able to do. Because he has bilateral implants and Pendred syndrome (which was the cause of his deafness), he is unable to get a knock to the head as this can damage the implant and make his condition worse. This is easier said than done with an energetic three-year-old!

As a mum, this is really difficult as I want to wrap him up in cotton wool and keep him safe, but at the same time I still want him to be involved and feel included as much as possible.

I looked into activities that were safe for cochlear implant users, and I also sought advice from his team of professionals. Rugby, boxing, karate and any sports that involve a risk of head injury are a complete no-go unfortunately. Football is negotiable – he is able to play football as long as he wears a scrum cap.

Kenzie absolutely loves music, singing and dancing, so I wanted to find him something he could do that involved this, while still being super cool for a three-year-old boy! So I found a local street dance class, and he absolutely loves it! He goes there once a week after school, and he counts down the days each week until it’s time to go to his next class. He says, "The music is very loud mummy," but this doesn't bother him, and although he may not hear the instructions being given fully, he enjoys watching and copying the different dances. They are really lovely and supportive, and he always gets the front spot! 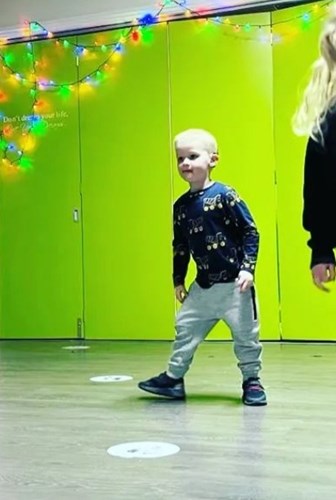 He is also on a waiting list for swimming lessons as this is another activity he enjoys and something he can look forward to each week.

I never want him to feel different or left out, but sometimes health is more important, so we just have to work together to find another way and something that he loves.