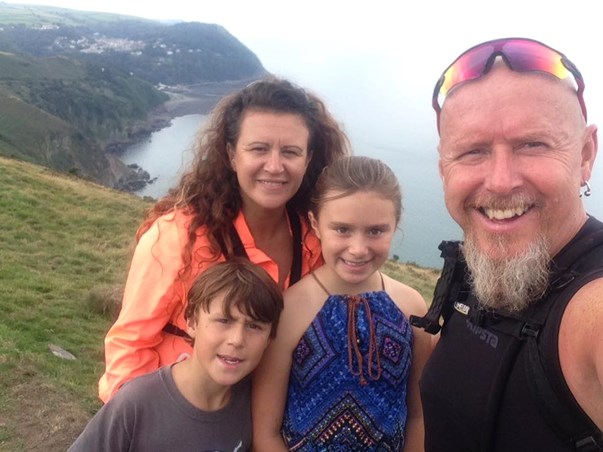 Sonny has always been a very happy and active child. However with a sister just over one year older than him, he relied on her for a lot of things, mostly allowing her to speak for him. It wasn’t until he went to nursery when he was three years old that we were told by his teacher that she and the other children couldn’t really understand him and she was concerned about his speech and language development. This came as a surprise as we could understand him perfectly.

Following a referral to an audiologist, we found out Sonny had glue ear and moderate hearing loss in both ears. We were unsure how long this had been the case but the delay in speech was likely as a direct result of this loss.

Over a period of a few years, Sonny received speech and language therapy and numerous grommet operations but the glue ear just kept coming back.

We opted for hearing aids when he was seven as we were concerned that his hearing loss wasn’t improving quickly enough between appointments and he was missing out at school. The aids would at least mean he could hear better. We hoped eventually his ear canals would grow and the problem would go away.

Sonny is now 10 and has been wearing hearing aids on and off ever since. He recently had another grommet operation in one ear but this fell out after just a few weeks.

The biggest challenge has been recognising when Sonny’s hearing loss has got better or worse. As a young child, he wasn’t able to tell us when his hearing was fluctuating so he struggled at school and was often told he was not paying attention. Even now, he doesn’t always recognise this and it can be weeks before it’s picked up by us, and even then it could be months before we’re seen by the audiologist again. His hearing gets worse after a cold and during the winter months. This has undoubtedly affected his progress over the years as it’s been difficult to manage both at home and at school.

We have to be very aware of his actions and try to notice any differences, such as if he’s lip-reading, turning the TV up, saying ‘pardon’ more often or is more tired after a day at school. It also requires frequent communication with his teachers to ensure they’re looking out for any signs of reduced hearing such as lack of concentration and focus. 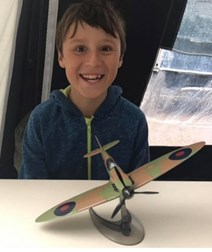 He’s encouraged to say when he hasn’t heard something properly rather than just ignore it and struggle on. This has been challenging as he isn’t always the most confident when it comes to admitting he doesn’t know something as he’s worried about being made fun of.

The National Deaf Children’s Society website is a really useful resource and has provided us with support on what rights we have as a family with a hearing impaired child, what extra support to request from the school and the local authority as well as downloading useful guides for parents and teachers about making his classroom and the teaching more deaf friendly.

We recently hired some equipment to try to support him at home. Sonny also went to the Raising the Bar event in September where he got to spend time with other hearing impaired children and improve his self-esteem whilst playing his guitar.

We know that his glue ear and hearing loss is going to be around for many years to come but we’re working with his Teacher of the Deaf, the National Deaf Children’s Society, the local authority and his school to ensure we manage this the best way we can.

Lindsay is mum to Sonny (10) who has moderate hearing loss and wears hearing aids. Sonny has had glue ear for seven years and numerous grommet operations.