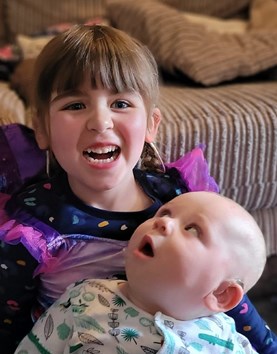 Is it me or has this year flown so far? Not to brag, but I’ve already developed several new skills… not so much the likes of street dancing or calligraphy, but more like ninja changing a nappy whilst simultaneously role playing Encanto. Or trying to feed a baby discreetly whilst navigating a woodland treasure trail. Or just generally trying to entertain two small people at the same time!

In the blink of an eye, we somehow have a six-month-old and a four-year-old. It’s funny experiencing parenthood the second time around. It’s nothing like the first; we worry a lot less and roll with the punches a lot more. Jack has slotted in perfectly with our little family and, as the second child, has never known any different to sharing the spotlight with big sister Isabelle. She’s not a wallflower, and she knows every trick in the book to ensure she remains centre stage. Singing her heart out with a Disney medley, suggesting new games or repeatedly crying out, “Watch this, watch me!” to everything from a heart stopping jump off the sofa to pulling a funny face as we try to feign enthusiasm for the tenth time! 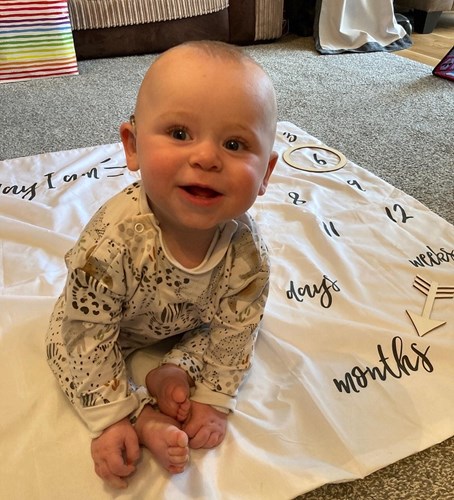 Like every older sibling, it’s sometimes tricky learning to accept the new kid on the block. Though in the last few weeks, there’s been a shift. Jack is suddenly more interesting: he can sit up, he’s using a high chair and most importantly adores his hilarious older sister. Well, she loves an audience! To her credit, she has been brilliant with him. She grabs toys when he drops them, reassures him when he cries and rather importantly alerts us when he tries to eat his hearing aids. Unfortunately, we’ve arrived at the not-so-fun stage of not being able to take our eyes off Jack as he takes his hearing aids out repeatedly throughout the day! He’s quick, and he’ll take it out whilst in your arms or halfway through eating, and even lob it out of the pram, as I recently discovered. This is definitely harder the second time around when my attention is split.

Despite being a terror with them, he’s actually doing really well with his hearing aids, and we are seeing a lot of response. He may well be a cochlear implant recipient later down the line, but for now it’s wonderful to have him turn to his name and enjoy nursery rhymes. He even jumped, wide eyed, in the hospital lift up to audiology when the loudspeaker announced the doors opening. To most parents this would be a non-event, but as mum to deaf children, it’s a mini celebration, even if it did make his bottom lip wobble!

I’d be lying if I said I wasn’t a bit tired of the many appointments we’ve had this year between them. Especially when they’ve been last minute and I’ve had to juggle taking them both. We’re also going through Isabelle’s Education Health and Care (EHC) plan application for starting school. There are definitely times I just want to enjoy my children and not spent the afternoon travelling back and forth. For the most part though, I’m just endlessly proud to be their mama. They drive me nuts some days, but watching their bond develop as Jack creases with laughter and Isabelle returns his giggles is everything. We’ve got this!