Back in 2014 the Government announced “a landmark moment in improving the lives of children with SEND and their families”. The 2014 Children and Families Act promised reforms that “put children and parents at the heart of the system” 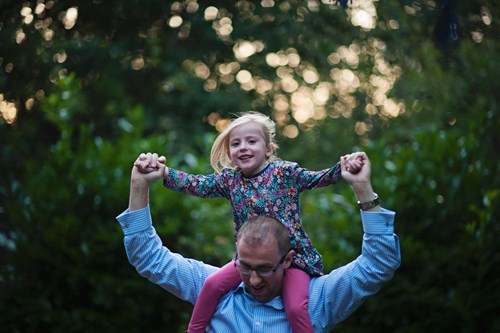 However, four years on from the reforms, our CEO, Susan Daniels was on Channel 4 sharing the findings from our latest poll of over 1000 parents of deaf children and young people. Only 5% of these parents thought that the system had improved for their children and almost half felt it had got worse.

The next day I joined a roundtable discussion hosted by the Westminster Parliament’s Education Select Committee with six other campaigners for children and young people with special educational need and disabilities. Although we came from different points of view, there was broad ranging consensus that the reforms had failed to deliver on their promise.

As our Stolen Futures campaign has shown, funding for local authority services has continued to decline. In our poll of parents, 82 per cent said they did not feel there was enough funding for deaf children’s education in their area. The fact is that reforms without the funding to deliver them doesn’t equal results.

We’ve been campaigning to protect these vital services for deaf children and young people. We know change is possible and, working with local parents, have been successful in many areas in overturning or avoiding local cuts.

But we need the political will to take action. The day after the Select Committee, Susan Daniels, Ian Noon and I met with the Children and Families Minister, Nadhim Zahawi MP. We’d been really pleased when he joined our event outside Parliament earlier in the year, so had high hopes. But despite our best efforts and practical suggestions, we could only come away with assurances, rather than action.

Steve is Executive Director of Policy and Campaigns at the National Deaf Children’s Society.

NHS Lothian - an update What’s happening with NHS Lothian? Returning to school Deaf friendly remote learning: a checklist for teachers Deaf Children Today survey – how do we use the results? Face masks in schools: A Scottish parent’s campaign win Beating unemployment Using radio aids at home Bath time with your deaf baby or young child How to support your deaf child playing with their hearing siblings Having your say: Evidence from families published by two parliamentary inquiries What higher education providers can do to ensure remote learning and assessment is accessible to deaf students DIY face masks with clear panels Caring for your child’s hearing aids at home How professionals can get involved with Deaf Works Everywhere Help us support deaf children and young people Should there be a right to a radio aid? Improve the lives of other deaf children